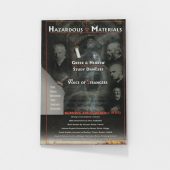 Do It Again, Lord! (Autographed Copy)

Touch Not The Unclean Thing

Questioning the Word of God came first with the serpent’s skeptical query, “Yea, hath God said…?” (Gen. 3). Questioning today’s Holy Bible is just as rebellious, as questioning one’s gender. God did it right the first time. A man-made makeover brings “confusion” and defaces and mutilates God’s creation. Only pride and perversion would propel men to presume that they could improve upon God’s own handiwork. This book will bring Greek and Hebrew study out of the closet for the first time. Tumbling outcome the starving skeletons of the authors of Greek and Hebrew study tools, lexicons and editions, the sordid sources from which new versions, such as the NIV, TNIV, NKJV, ESV, NASB, and HCSB, take their corrupt words. These are the very same study “aids” which kill a sermon or Bible study when used to “define” a word in the Holy Bible. Lexicon and Bible dictionary authors dug down into the depths of pagan lore, then ransacked the English dictionary to find a match which could burn the Bible word-by-word. The smoke darkens the directing light of the Holy Scriptures. This book will document that men who want to change and redefine the Holy Bible are likely to want to change anything — even Bible doctrine, their own gender, and their god. For example, Luciferian connections shadow Trench’s Synonyms of the New Testament and Ginsburg’s TBS Hebrew Masoretic text.

You've just added this product to the cart:
0
Your Cart